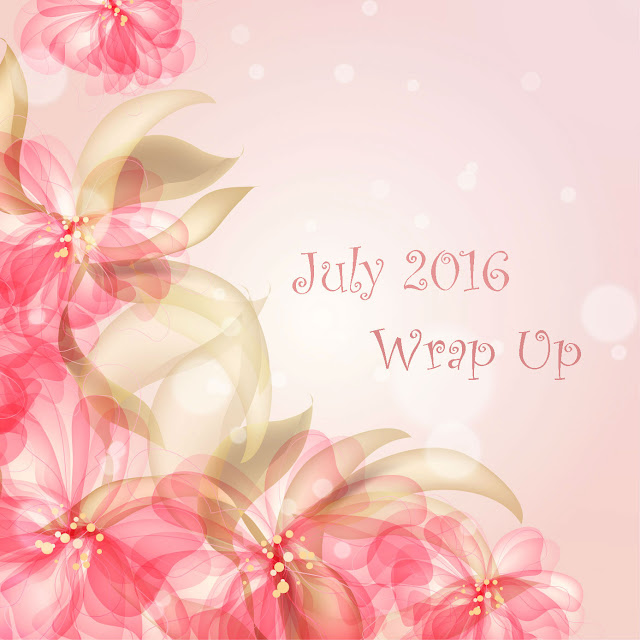 You know, there will never be a June 2016 ever again.
Once it passes, it passes for good.
That is, until the invention of time machines.

But anyways, I saved most of my ranting for this wrap up. Just for you.
So without further ado, I give you my first wrap up!

Oh my god, you guys! At the last day of June I got the most exciting message on twitter from Inge (Of Wonderland) telling me I won an August Fairyloot subscription box at her giveaway!
My first giveaway win! I was beyond happy, jumping up and down like a crazy person.
I'm SO excited for this box. The theme is Dark Deeds. Can it be any cooler? I don't think so. You can definitely expect photos of the box on my twitter and instagram accounts. It's going to be AWESOME!

So this month I read 4 books and about half of 3 more books.
Yeah... I know. Not good. Tell that to my reading slump. I tried *everything*, but for some reason - the reason being the reading slump - I could not finish almost all of the books I started. Even if I really wanted to read them.
Well, it would be easier showing you. So here they are:

The books I read: 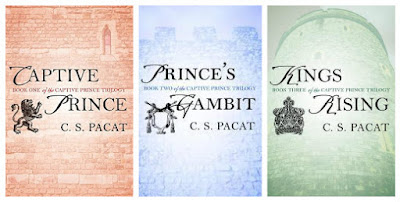 Yep, I caved.
That's what happens when everyone is talking about certain books and you just have to find out for yourself what all the fuss it about.
And let me tell you, the fuss is well granted.
I was pleasantly surprised to find out I really enjoyed this trilogy despite it not being my usual kind of read.

First things first, I hardly read any LGBT books. At first is was because I didn't know if I would be able to connect to it, but after reading Carry On by Rainbow Rowell that fear was gone. And later, it was because I honestly didn't know any other LGBT books - preferably with a fantasy element to them. Because, well, I love fantasy.

Captive prince doesn't really have fantasy in it, but it takes place in a fantastical world, which is good enough for me.

Everything about those books was just so engaging and beautifully written. It might take a while to really get into it, but by the second book you wouldn't want to stop.
I highly suggest those books for anyone who is looking for LGBT books that are not contemporary and that involve politics and action.

Just a bit of a warning: the books do feature some rather explicit scenes, so if you're uncomfortable with it, I suggest you don't read the books but go with a sweeter, less darker read such as Carry On by Rainbow Rowell.

By the way, I left those books unrated because I honestly didn't know how to rate them. It never really happened to me before. 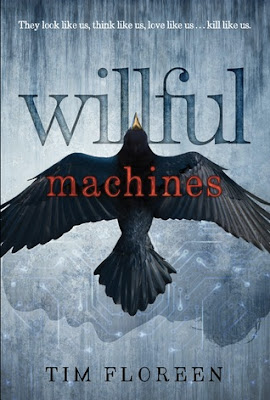 Another LGBT read.
It's been a big month for LGBT reads for me it would seem.
Maybe I just needed some change in order to get over my reading slump. Whatever the case, I don't regret reading any of those books.
Because Willful Machines was oh so good.

Taking place in a future where humans managed to create an artificial intelligence so real it can seem like a human being, the story follows Lee - the son of the president of the united states, and Nice - a mysterious boy who literally seemed to arrive our of nowhere.

Willful Machines has action, mystery, romance (well, of course), a rough artificial intelligence that puts terror in everyone and... oh, did I mention there is some very cool shakespeare mush in the mix?
I can feel you wanting to read this book. Well, you should, because it's great and hardly anyone know about it (:
(It's all thanks to Jay Kristoff, who tweeted about Tim Floreen's next book - Tattoo Atlas -that I even knew this book existed. Thank, Jay!)

The books I started but did not finish (blame it all on the slump): 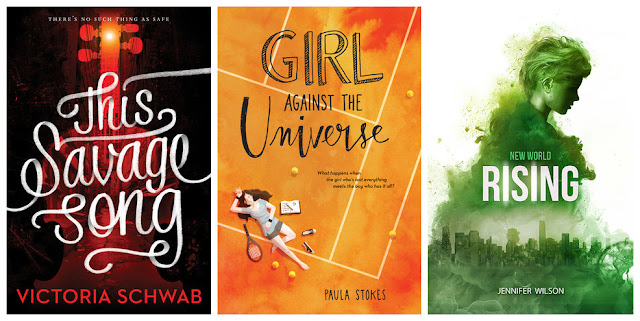 Even though I did enjoy those books to some extent, I just couldn't really get into them\finish them.
At the moment, they are DNF books, but who know, I might come back for them in the future. It happened to me before with other DNF books.

The books I re-read:

I used to -reread a loooot in the past.
Now, with so many books out there to read, not so much.
But what better way to fight through a slump than reading a beloved book?
So this month I re-read an all time favorite of mine (for the... I think 5th time): 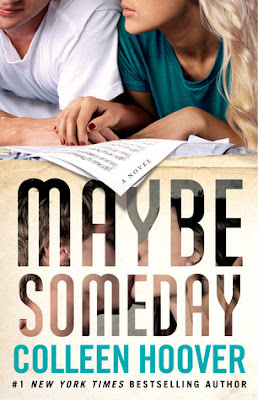 I don't think I'll ever get tired of re-reading this book.
It's just so cute, so funny, so many feels, so amazing, so fantastic, so unique. Just: SO MUCH.

So. It terms of posts. I wrote 12 posts this month (new record on Magiverse!)
And I had so-so-so-so-so-so much fun with each and every one of them.

This month was like a breakthrough for me on Magiverse. I finally felt like I was getting into the rhythm of things, of blogging, of talking with you guys.
And, of course, seeing all those comments on my blog was just... I honestly can't thank you enough. Each and every comment made me laugh, smile, squeal and feel all warm and fuzzy inside.

As you probably know from experience, seeing something you wrote gets attention is like the best thing in the world for a writer.
I value each and every comment and each of every one of you.
Thank you. So much.

*Clearing my throat*
And here are the posts (from the very first to the last) we had this month on Magiverse:

And if you were wondering... it is not the end of the book tags terror on Magiverse ;)

I'm a HUGE TV shows fan.
I do watch movies from time to time but I much prefer TV shows over movies.

I'm so excited to go with you over the shows I watched this month and freak out all about them!
Needless to say, there are going to be spoilers. So if you're not completely caught up with those shows... I'll be sure to mark which show I'm talking about.
Ready?
Let's do this.

I finally got the courage to watch the final few episodes of The Originals and oh my god, it was phenomenal!
My heart. My poor, poor heart.
So much happened those last few episodes. So much sadness, so much bitterness, but also... at the end, so much hopefulness.

*Sobbing for eternity*
Oh no, I will never-ever get over this part.
Never.
Ever.
You hear me? You'd better bring her back.
I do not for one second believe she's truly gone for good.
Just look at how many times Bonnie fame back to life. And Davina is like... our main New Orleans witch. And she and Kol are just... I ship them *so* much.
Seriously. They're my favorite OTP on the show. What they have between them... is not something you can easily diminish. Just as Davina did not give up on Kol after he died, I just know Kol will not give up on Davina.
"Give them hell, Davina Claire."
*sobbing again*

I have to admit, I'm not really feeling the whole Haley & Elijah thing. I feel zero chemistry between them and too much insta-love. Is it just me?

I'm Beyond anticipating season 4. It's official, The Originals has me in its clasps. I'm an addicted fan for life.
Have you seen the promo for The Originals season 4? Because trust me, it will leave you squealing for 10 minutes straight.

*Sigh*
I tried. I really did.
But no matter how much I tried, I could not seem to get into it.
The idea of beauty and the beast in the modern world is a fantastic one. But the way they did it... something about it just didn't click with me at all.

One of my biggest problems with the show is actually the romance.
As you probably know, I'm a hardcore shipper (it's both a blessing and a curse sometimes) but if there is one thing I hate... it's insta-love.
And beauty and the beast the TV show? Was the definition of insta-love.
I just couldn't deal with it.
And even when I did try to focus on the other aspects of the show... it was of no help.

Sorry for all the fans. It's just wasn't for me.

I've been feeling rather nostalgic lately.
Which is why I probably found myself watching so many Disney movies I haven't watched in years. Like Tangled, How to train your dragon, The princess and the frog and Mulan.
Ah, the nostalgia...
No matter how old I am, those movies are always and forever part of me.
What about you guys? Do you watch Disney movies?

Hey everyone, how are you doing?
I hope you had a great June. Both it reading and in everything else in life.

I saw a lot of different monthly wrap ups. Some bloggers decide to focus only on books and blog stuff, and some also mix up a personal feature where they tell their readers a little bit of what happened to them this month in their personal life.
After some pondering on the matter, I decided to do the same ;)

And, of course, feel free to share with me or link me to your own June wrap up! This feature isn't called You and me talk for nothing, now is it? *wink-wink*.

Did I forget to mention? I love writing stories.
Like many book-bloggers out there, my biggest dream is of becoming an author.

I don't really have a writing process. I'm more of the improviser with bursts of inspiration kind of writer. Which means I have periods of times when I don't write at all and times when I write and write and write. For me, it's never a constant flow.

So... what am I writing?
Right now I'm working on two stories.
The first one is an historical-fiction-fantasy story that takes place in the 18th century and is about pirates.
The second one is a fantasy story that takes place in a fantastical world and is about a princess and a group of assassins.
Right now, that's all I can say about it ;)
Next time I might include part of the stories.

What about you aspiring writers? Are you writing something interesting right now? Do you have a writing process, or are you like me? I'd love to hear you thoughts.


And that's it for my June wrap-up!
Thank you everyone for staying until the end... I know it was a long one (unless, of course, you just skipped to the end ;) ).


I hope it was interesting, hopefully funny and not completely boring.
My first wrap up - go easy on me.


I'm open to your thoughts - feel free to tell me all about your bookish\blog\movies\TV\personal\writing month!
Let's have a great August, shall we?


Being happy felt like a trick I could never quite get the hang of - like juggling or something.