Somewhere In the Galaxy, on a Certain Planet... a Favorite sci-fi Reads Post appeared on the Internet


It was only a few hundred years ago when people still thought the earth was flat, the girl mused, as she navigated her way through the debris in her tiny podship. And here I am, on my way to another planet.

"Shields up," said the girl in a clear voice, leaning back and stretching her numb legs. It was a long trip. Too long for comfort.
The shields all around her slowly went up, along with the AI monotone voice that kept reminding her "shields are down 55 percent, 54 percent, 53 percent..." She pressed a button to shut it up. Not advisable but she was tired and edgy - not a good combination and certainly not a good time to annoy her further.

It wasn't long before she found herself gazing into the vastness of the galaxy around her. Her breath caught in her throat. No matter how many times she saw it, she was awestruck every single time. There was no comparing this view to anything on any of the planets she's ever been.
There was darkness, stretching to infinity. And among it... stars, planets, moons, floating all around her - green and white and blue silver and golden and purple... it was breathtaking.

And right before her, with its white and blue and green and brown colors, stood the planet she was to land on. The infamous planet earth. The planet everyone thought, so many times before, would be destroyed soon, still stood there, firm and strong.
The girl shook her head. There was no time for such thoughts and feelings. She had a mission to accomplish. That was all there was.
She took one last, longing look at the planet in front of her before looking down at the small screen she held tightly in her hands.
Words, beautiful and familiar greeted her on the page. She made a little sigh of relief. The universe was vast and big, her mission was an impossible one - possibly suicidal - and she was on her way to a planet where she knew no one at all. Though she won't admit it if anyone asked, the uncertainty of it all terrified her in her sleepless nights.
But if there was one thing she could always count on, it was the power of words.
And so, as her little podship carried her away into the unknown, she turned the page.


Hello, everyone, and welcome to my favorite sci-fi books post. After the fun I had with the Once Upon a Time... there was a favorite retellings post, I thought to make another favorite books in a certain genre post.
Tell me if you like this, so I'll know if I should keep this up in the future ;) 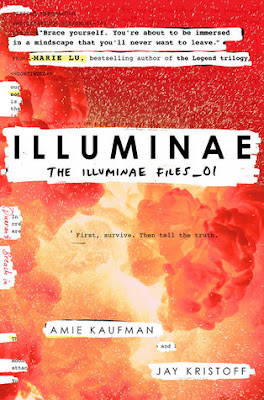 Those two authors are amazing on their own, but together? they are a danger to humanity.
The awesomeness of this book may very well be too much to handle.
Even so, you'll appreciate all the feels and the mind-blowing of this book.
This is me, trying to stay professional and on point by telling you to: READ THIS BOOK.
Why? Because it brings the words 'amazing' and 'unique' to a level where you want someone to create a new word just for this book.

Other than the goodreads synopsis, you shouldn't know more about Illuminae. The whole fun is getting into it without knowing so much about it.
For more of my ravings about Illuminae, you should check my books I want to re-read post.

And yes, this is, without a doubt, the best sci-fi book I've ever read. 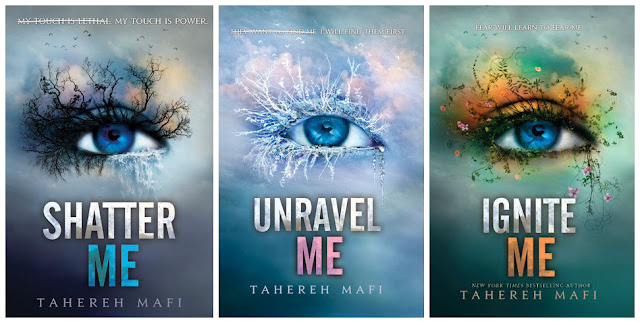 Shatter me by Tahereh Mafi

Shatter me is a dystopian-sci-fi book with one of the most interesting writing styles I've ever read.
Before Illuminae, this trilogy was the most unique I read.
After reading Shatter me, you think you know where the trilogy is headed but you have no idea.
Keep going, because it gets from 'this is good' to 'this is amazing' in no time.

The Lunar Chronicles by Marissa Meyer

I talked about The Lunar Chronicles to more details on my Once upon a time... there was a favorite retellings post, so you can check it out there.
It deserved to be on this post too. This series manages to combine sci-fi and retellings to perfection.
It is honestly the only sci-fi retelling I ever read. Are there even other books like that? 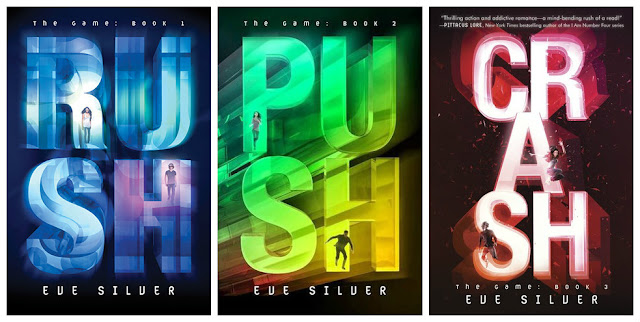 The Game by Eve Silver

This trilogy is, sadly, very underrated.
I talked about it in my Top Ten Tuesday - books under 2000 ratings on goodreads post. So you can check it out for some more of my thoughts.

If you're looking for a fast-paced and addictive series that combines romance, action, fantastic characters and some mystery... don't think too much about it and just pick up Rush. Don't even read the synopsis on goodreads because it really doesn't do this book justice.
Trust me, you'll be hooked from the first page. 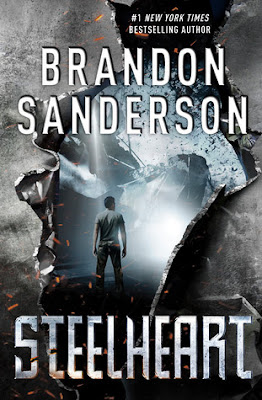 I honestly have no idea why I haven't picked up the second book in this trilogy yet.

The first Brandon Sanderson book I read was The Final Empire. The second was Steelheart.
They are both the first books in different series and they both blew me away.

It's been so long since I read them but they left such an impression over me.
Brandon Sanderson is a mastermind of an author. He weaves a story of fantasy and action and mystery almost effortlessly.

If you love high-fantasy, pick up Empire of Storms. If you love sci-fi, fantasy and mystery, pick up Steelheart. You won't regret it. 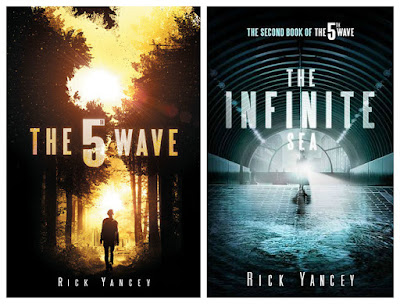 The 5th Wave by Rick Yancey

Ah, the 5th wave. How much I love this book. One of the best sci-fi books I've ever read - without a doubt.
From the writing style to the characters to the world and to the action and romance, this book was fantastically fantastic.
I loved the second book as well. Not as much as the first one - but very much so still.
The third book? What are you talking about? There is no third book (I am in complete and utter denial of the existence of the third book. And I won't elaborate further).

If you love sci-fi, a kickass protagonist and an amazing story, go check the 5th wave out!
And even if you don't love sci-fi, and you're more of a fantasy fan... still go check this book out! 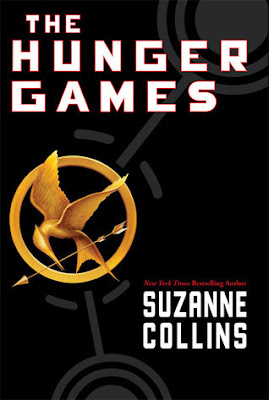 The Hunger Games by Suzanne Collins

Not mentioning The Hunger Games in a sci-fi post would be like not mentioning Harry Potter in a fantasy post.
I do, however, have a difficult relationship with The Hunger Games.
It went sort of like this:
I absolutely LOVED the first book! Favorite book, re-read it millions of times.
Book 2 was good. I enjoyed it.
Book 3? Ah... no.
My biggest problem was Katniss and her emotions.

But anyway... even though I haven't read this book in a very long time now, it's still - and always will be - one of those books that left their mark on me.
And who knows, I might pick it up for a re-read again someday in the future.

I hope you enjoyed this post (:
What are your favorite sci-fi reads?
Did you read the books on this list?
I'd love to hear you thoughts!
Until then, see you on my next post...

"You have me. Until every last star in the galaxy dies. You have me."