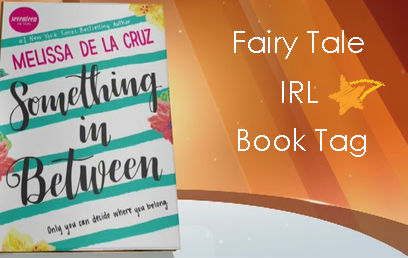 What's that? Is Zoey doing a book tag?
But that's impossible. She hasn't done one in... in... I can't even remember when.

Hey Minna (= you all, in Japanese. Because I'm still rather afflicted by Red Winter.)
So apparently I'm doing a book tag!
How great is that?
The reason I haven't been blogging much lately (and was also rather absent from social media) is simple: life.
A fantasy reader worst nightmare.

If I could only live inside a book.
*sigh*
Alas, I'm so busy trying to find a job (as a freelance writer, of all things), trying to get to terms with me already being 18 (nope, I'm still in denial), writing my first book (harsh truth: writing a book is HARD), saving for college (because I want to get there eventually) and finally... fighting my very much present and very much evil anxiety\panic attacks\agrophobia\whatever-new-thing-my-mental-health-throws-my-way.

Aside from that, I'm great!
I mean it.
I'm not letting life beat me down.
I'm reading, I'm writing and I'm living (sort of).
The only thing I'm lacking right now is blogging, but I'll get the hang of it - I'm sure.

But what am I blabbing about?
This is a book tag, for crying out loud. Not a tell you my life story tag.

This tag was created by... I actually don't know.
I do know it was inspired by Something in Between by Melissa De La Cruz. I saw Regan from PeruseProject doing it, and I fell for this tag. 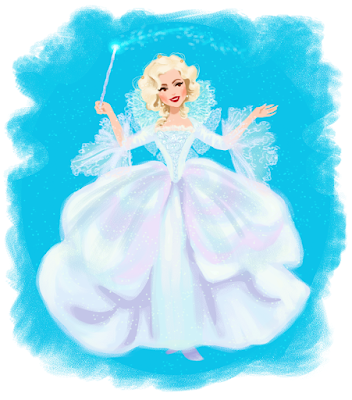 Fairy God Mother:
Give an example of a great motherly or fatherly figure
that gives our main protagonist a lot of advice

Warren from Maybe Someday.
I just love his relationship with Sydney and Ridge.
Especially Sydney... how they turned from strangers to friends was just so wonderful.
Warren is hilarious, charming, funny, and such an amazing guy. He would always be there to protect his friends.
If I had to choose a real-life fairy God Mother, it would be him. 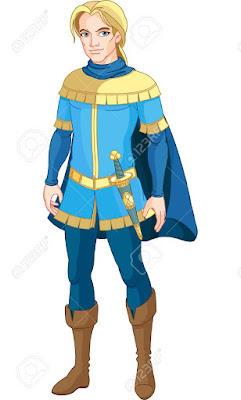 Prince Charming:
Name a character that had to go on a journey
to help the person that they love

Victor from Kids of Appetite. His father - dead. His mother - about to get re-married. And him - with a rare disability.
Victor runs away from home, joins a bunch of troubled kids and goes on a journey to fulfill his father's last wish.

Victor is the perfect example of a character that isn't afraid to take risks and go on a journey for the people that he loves most. 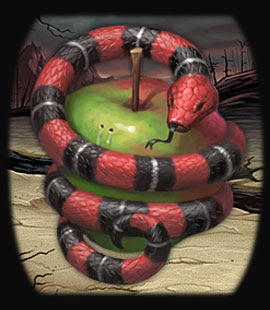 Forbidden Fruit:
Name a character that gave into temptation,
or was struggling with temptation

Warning: I'm about to cheat here. (Sorry! I just can't help myself! It's the perfect answer. it's not my fault it's no exactly a contemporary novel)

Baz from Carry On.
First things first... you should probably know I: LOVE BAZ.
And that he's: one of my favorite characters ever.

Poor Baz. He was struggling with temptation for years until he finally caved. He is like the equivalent of temptation.
I can't say more, as this is a major spoiler of Carry On.
I highly recommend you reading this book. 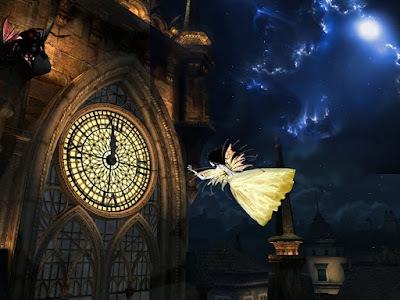 Basically all events in The Naturals & The Fixer series.
(side note: what those teenagers have to go through is INSANE!) Those books are so intense. The best YA thrillers you'll ever read (or at least that I ever read).
Nerve wracking it sure is. 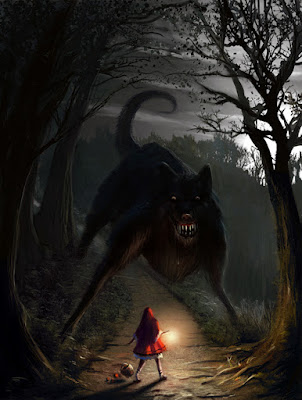 The Big Bad Wolf:
Name an antagonist (real or metaphorical)
that the protagonist struggles against

Social anxiety in The Avery Shaw Experiment.
To say I connected with Avery would be an underestimate. It was like I was Avery. I got her so much it hurt. I couldn't even write a review about it with how close to home this book hit me.

Now don't get me wrong, this book isn't a sad one.
On the contrary, it's a hilarious romance-comedy story. In it, our protagonist (Avery) struggles with serve social anxiety.
Which, for me, is an ultimate big bad wolf. 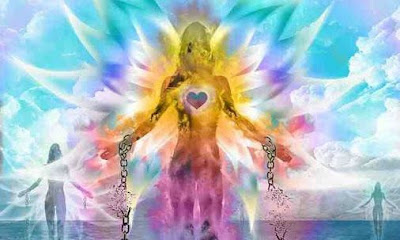 The Power Within You:
Name a character that felt ordinary
but ultimately found an extreme strength within themselves

Amy and Dan from The 39 Clues.
Oh, how I loved this series when I was younger.
It made me feel like everything is possible.
After all, surely if orphaned siblings Amy & Dan found themselves on a hunt across the world for the ultimate treasure, something amazing could happen to me too.

Amy and Dan are poor, orphaned, ordinary siblings who barely get by.
That is until their grandmother dies and leaves the first clue to the most dangerous and amazing treasure hunt in the world.
Little did Amy & Dan know going on this hunt would be the best and worst thing that could ever happen to them.

I just loved the strength Amy and Dan found in themselves and each other across this series. 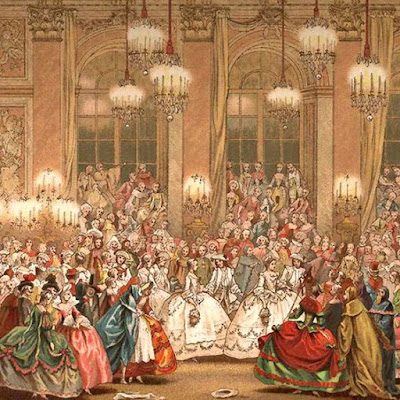 The Grand Ball:
Name an event or a situation in a story
where a character had a major outing in trying to fit in

I hated how Miles from Looking for Alaska started smoking and drinking  the moment he met Alaska and the gang. I hated how he did it just to get closer to Alaska and be one of them.
I just really didn't like how it happened and how John Green handled it. 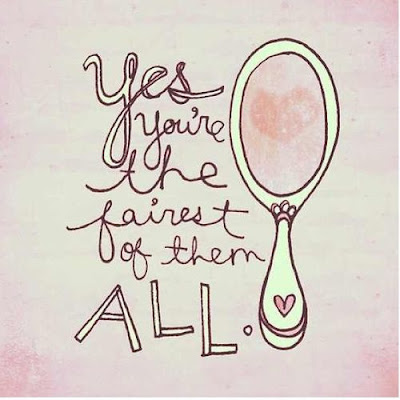 Fairest of Them All:
Name a situation where there is the pressure of outer beauty
and how it clashed with the perspective of inner beauty

Both Hazel and Augustus from The Fault in Our Stars are not the picture of health or beauty (for tragic reasons).
Specifically in The Fault in Our stars, there isn't really pressure of outer beauty on them (as this is a story of romance and survival), but this story is focused so much on the inner beauty of people, and it's just not something you see all that often in life.

(fun fact: I wasn't able to say Okay for weeks after reading this book) 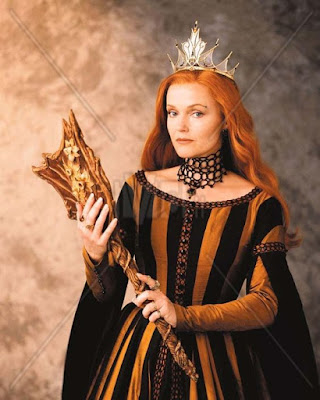 The Evil Stepmother:
Name a character or a situation where a character is stepping into a role       which is causing a lot of resentment and anger on the behalf of someone else

Samantha from Before I Fall.
Smantha is not a nice person (at least, not in the beginning of the story). She's the popular girl, the one everyone admire and fear. She's the one who steps over the "weak" and surrounds herself with the "strong".
But then something happens.
And in 7 days everything changes. 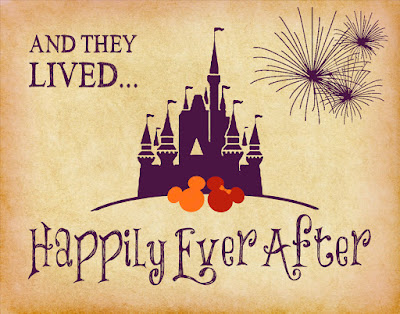 The Happily Ever After:
Name a set of characters or character who had a rough road but ultimately found happiness

The Flat-Out Love characters.
Celeste in particular.
Reading about what she - and they - went through was just so rough to read.
But then again... they wouldn't be here on this Happily Ever After question if they didn't ultimately found happiness (:

And that's it for the Fairy Tale IRL Book Tag!
I really hope you enjoyed.
Also, what do you think of the pictures and logo? I hope they fit the mood of this tag. I had fun times searching them through google images (:
If you read this, consider yourselves tagged!
I'd love to hear your thoughts, so please share them with me.
Until then...

"Isn't it funny how day by day nothing changes, but when you look back everything is different."