Most Anticipated Books of July 2017


After last months' embarrassingly long time it took me to write this post, I decided to start up early.
I really love these posts - they're probably my favorite thing to write other than book reviews. But even the slightest of blogging slumps can overshadow that (like what happened last month).
So! I decided not to let it deter me this July ;)
Here I am with my most anticipated books of July 2017! 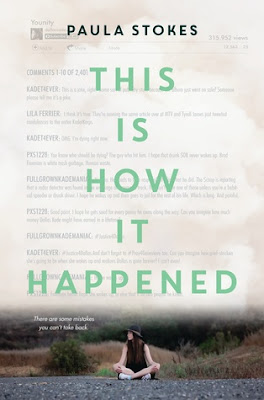 This is How it Happened by Paula Stokes
Publication date: July 11, 2017

Somehow I've become a liar. A coward. This is how it happened.

This is How it Happened is an important story.
It's a contemporary YA about the power of the internet on society today.

Genevive Grace, a 17-year-old girl, was involved in a car crash that killed her boyfriend - a famous YouTube star.
She doesn't remember much about the crash or the events that led to it.
As the whole world starts pointing fingers towards the other driver, Brad Freeman, Genevive starts picking up the pieces, fearing she might have had something to do with the crash herself.

I've actually attempted to read a Paula Stokes book before. It was one that came last year Girl Against the Universe. And while I did enjoy it, I didn't really connect to it for some reason.
Which is why I want to give this author another try with this new book of hers.
I hear a lot of good things about Paula Stokes, and I'm looking forward to checking this one out.

"We can't define people by their worst actions."

"Where does seeking justice end and seeking vengeance begin?"

"Some people just want to be part of the story, even if it's a story that's completely fabricated."

"Our 'protective bubbles' - our houses, our cars, our friends, our online identities - might make us feel secure, but most of it's just an illusion. it's easy to get hurt, just as it's easy to hurt other people."

"You have more power than you think. Be careful what you do with it." 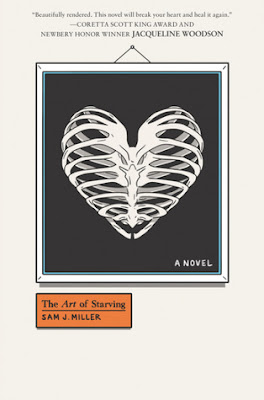 If I do end up reading The Art of Starving, it'll be the first book about eating disorder I have ever read.

I'm quick to jump on anything from anxiety to depression to OCD, but the truth is there are many more mental disorders out there.

I'm also intrigued because this one doesn't seem like your typical eating-disorder book + the author is basing some of it on his own experience with eating disorder as a teenager.

The Art of Starving is about a young boy named Matt who believes that when he starves himself he gets superpowers.
It also apparently has some LGBT elements to it.

"Being better isn't a battle that you fight and win. Feeling okay is a war, one that lasts your whole life and the only way to win is keep on fighting." 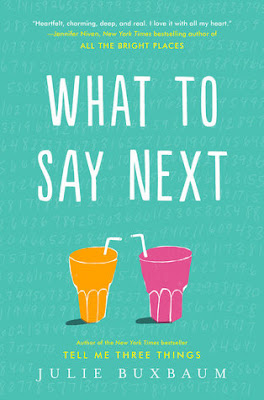 What to Say Next by Julie Buxbaum
Publication date: July 11, 2017

I also read an excerpt of this book on NetGalley and I pretty much fell in love with David's POV (one of the main characters).
He seems to have somewhat of a mental health disorder, by the looks of it, and the way he thinks is... fascinating. Funny. Wonderful.

This is the story of Kit (can't help but think about Kit from TDA) & David.

"I realize we all walk around pretending like we have some control over our fate because to recognize - that no matter what we do, the bottom will fall out when we least expect it - is just too unbearable to live with." 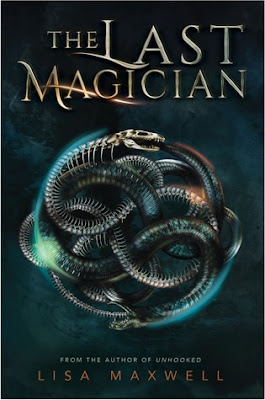 Stop the magician.
Steal the book.
Save the future.

Esta is a thief. But she's not just your regular run of the mill kind of thief. No, Esta can jump through time itself.
Where she comes from, modern time New York, magic is all but extinct. But if she travels to 1902 to steal a certain powerful book, she can save the future of magic and restore it to the world.
But not is all that it seems, even the supposed evil Magician.
As Esta navigates her way through the past, she must decide what's wrong and what's right. 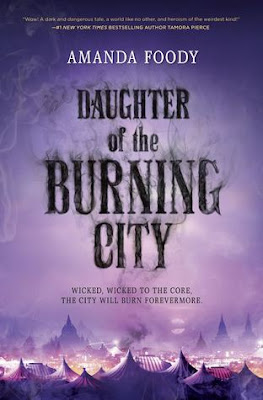 16-year-old Sorina is an illusionist. She creates life-like illusions at the Gomorrah festival.
Together, she and her illusions make up the cast of the Festival's Freak Show.
So then what happened when one of her illusions is murdered?
As lifelike as they are and as real as they seem, at the end of the day they're only just illusions - not real. And what's not real... can't be killed, can it?
To figure out what's going on and desperate to protect her remaining family of illusions, Sorina teams up with Luca - a gossip worker - to investigate who's behind it all.

I don't know what about you but this looks awesome to me! 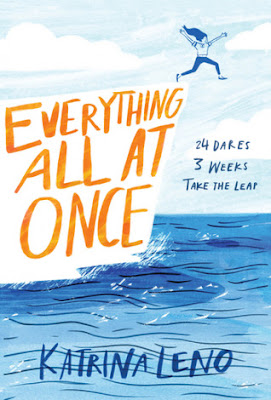 Everything All at Once by Katrina Leno
Publication date: July 25, 2017

I just love seeing these types of books.
The ones about anxiety.
They make me feel... like I'm not alone.
Logically, I know I'm not.
But it's only when I'm reading these books that I actually feel it too.

It's only the synopsis, but I can already see myself in Lottie - scared of the world around her.

It's a story about mental illness and about books and writing.
It's a story I need to read.

Also... the title... it's like the perfect representation of anxiety.


Aunt Helen always said if you really wanted to get to know someone, take them to a bookstore. You can tell a lot about a person based on how they behave around books.


"Whenever someone tells you they don't have time for you, just remember that we make time for the things we want to make time for, and then kick them to the curb."

As you know, I can't include every single book coming out every month.
We would be here for ages.
Some books are just not for me. Others, the above, I'm highly anticipating. And the rest are in some gray area - those are the books that definitely intrigue me, I would definitely try to give them a shot, but I'm not so sure about them for various reasons (reviews I read, my own intuition, etc).
So I decided to put them in a category of their own under 'some mentions'.
That being said, I read a lot of books in the past that I didn't expect much of that turned out to be my favorite, so... (:


Bombshell by Rowan Maness & I See London, I See France by Sarah Malynowski: both seem like possibly interesting YA contemporaries. I had my fair share of disappointments with YA contemporaries, which is why I'm ever so cautious these days.

Fragile Chaos by Amber R. Duell: I don't know why but there's something about this book that kind of reminds me of Riders by Veronica Rossi (which I loved). I think it's why I'm so interested in it.

Waste of Space by Gina Damico: This one seems... weird. Not sure if good-weird or bad-weird yet. Or just plain old weird. Anyways, this is about a bunch of teenagers doing a reality show in a space-like environment (not in space, though, as far as I gathered). It seems to have a lot of humor. I do love humor (a lot), but sometimes too much of it can feel... unrealistic, if you know what I mean.

What Goes Up by Katie Kennedy: Another teenagers-in-space kind of book. Only this time they're actually in space, fighting an unexpected alien invasion.

The Library of Fates by Aditi Khorana: Is it wrong of me for wanting to read this book solely because it says 'perfect of fans of The Wrath and the Dawn'?

Heroesville by Cassie James: This books actually sounds hella cool! Done right it could be fantastic! Who doesn't love a good, twisted, fairy tales retellings stories? I know I do. The only thing I'm not so sure about it the publication date of this one. It says July 2017 but nothing specific yet. Which is weird. Hmm.


And that's it for my Most Anticipated Books of July!
I had lots of fun writing this post (:
I hope you had fun reading it, too.
Now tell me all about your anticipated books this month. Are any of them on this list?
Did you manage to find new ones you want to read?
I'd love to hear your thoughts!
See you again soon.
Until then... (:

"Books can make you live a thousand lifetimes, a thousand different lives. Books make you immortal."


-- Everything All at Once, Katrina Leno